Welcome to this months employment law update. We’re talking all things Uber, managing difficult conversations about returning to work post-pandemic and we look at some interesting cases from the tribunal which include: whistleblowing, unfair dismissal and compensation.

Throughout the Covid-19 pandemic, employers have had to grapple with the health and safety risks to employees and customers.

Jobs where employees have contact with the public are particularly exposing in terms of the virus. Many employers have brought in rules about face coverings/masks and social distancing to protect customers, clients and staff. Most employees have no issue with these necessary steps, but there are always exceptions. Here’s our tips for managing employees health and safety concerns.

An employment tribunal has recently looked at a claim for unfair dismissal by an employee who refused to wear a face mask at work.

In Kubilius v Kent Foods, the employee was a delivery driver whose job involved travel to and from Tate & Lyle, the main provider of work at the Basildon depot where the employee worked.

Tate’s rules required visitors to their site to wear face masks at all times, even when in their vehicles.

The employee attended Tate’s premises but refused to wear a face mask while in his own cab. He was told that it was a Tate rule and necessary in his elevated cab to avoid droplets from his mouth from landing on people below as he spoke to them. He continued to refuse, saying the cab was his own area and he wasn’t legally required to wear a mask.

Tate banned him from their site and reported the incident to the employer. The employer dismissed him for breach of both company rules and Tate’s rules.

The employment tribunal said his dismissal was fair.

The employer had conducted a reasonable investigation into an event where the facts were not disputed. They had formed a reasonable belief that the employee was guilty of misconduct.

The employee continued to insist that he had done nothing wrong which caused concerns about his future conduct. His ban from the Tate site caused practical difficulties for his continued employment.

The employer was entitled to take into account the importance of maintaining good relationships with its clients. The decision to dismiss fell within the band of reasonable responses even though another employer might reasonably have issued a warning instead.

What Can We Learn?

Employers will breathe a sigh of relief at this judgment. It isn’t binding on other tribunals, but it feels like a common sense decision.

The employer had followed a reasonable process and could show that the decision to dismiss was reasonable in the circumstances. The message to employees is simple: if you are asked to wear a face mask for work, you need to do it unless there are sound medical or other reasons for not doing so.

In this case, the employee had no justification, no regrets and clearly no regard either for the health and safety of those he worked with or the reputation of the business which employed him. He paid for that with his job.

The long running Uber v Aslam saga has finally come to an end.

The Supreme Court heard the appeal against the Court of Appeal’s decision that Uber drivers were workers for the purposes of the Employment Rights Act 1996, the National Minimum Wage Act 1998 and the Working Time Regulations 1998.

It held that there was no contract between the driver and passenger and that, in reality, the drivers worked for Uber. The Judge ruled that there were five elements in this case:

What Can We Learn?

These cases demonstrate the importance of looking at the reality of the working relationship between the two parties as it is open to the tribunal to disregard the label that the parties might have stated in any contractual documentation between them.

It is vital to ensure that where there is no mutuality of obligation intended, that:

Until next month, stay safe!

Directly to your inbox. 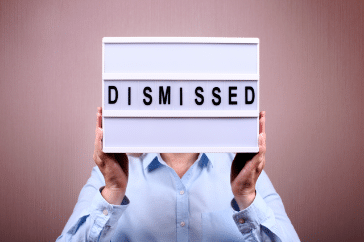 Tricky Dismissals: The Sick Employee who is Refusing to Co-operate

Here’s the third in our Managing Tricky Dismissals series: five short blogs where we look at complex dismissal issues and how to approach them. Scenario three: “An employee has gone off sick during a formal process and is refusing to engage with the business, what can I do?” If an employee is in the thick…