The dark side of football showed its ugly face once again after Sunday’s Euro Final, as within minutes of the final whistle a minority angry fans took to Twitter to launch racist abuse at defeated English stars.

Equally fast was the response from disgusted Twitter users who sought to enact an increasingly common form of internet justice. One such racist tweet, now deleted, came from the account of an individual living in Manchester. The account contained no reference or link to his employer. However, just days after the tweet, thousands of users had discovered and shared the individual’s LinkedIn page, identifying him as an employee of Savills and calling for the estate agent to take action.

Although this incident didn’t take place during work time, on work premises or at a work-related event, Savills has released a public statement condemning any form of racial discrimination and confirming the employee has been suspended pending an investigation.

These can often be difficult waters for employers. Employees have a right to a private life and to hold views or beliefs that a majority of people may consider controversial.

Equally, such behaviour could reasonably be regarded as that which could damage the reputation of an employer or have a damaging effect on relationships with customers and colleagues. This was certainly the case for Savills.

An employer could also reasonably argue that disciplinary action is appropriate if the employee has conducted themselves in such a way that is not consistent with the expected standards of behaviour within their organisation (whether because it is covered by company policy or whether it is behaviour which employees knew or should know could lead to disciplinary action).

When is it appropriate to take action?

Not all cases will be as clear cut as Savills when it comes to potential damage to reputation or customer relationships. Every case will be different and will need to be judged on its merits.

What factors should employers consider when deciding to take action?

1. Think About the Employment Relationship

Carefully consider the extent to which the actions of the employee have an impact on the employment relationship in some way.

Refer to company policy or review what standards of behaviour and potential consequences the employee was or should have been aware of.

2. Suspend, in the right way

Consider whether it is reasonable in the circumstances to suspend the employee (i.e. if you believe the behaviour could amount to gross misconduct or, if you believe the attention around the workplace or potential issues with customers justifies suspension).

Here’s our video guide on the right situations and how to suspend an employee.

3. Stay Neutral with the Press

If there is media interest, then your organisation will need to deal with this. Make sure that whoever does so is aware of presenting a neutral approach about the employee, so as not to affect the fairness of any workplace investigation or disciplinary action.

It should be noted that in the Savills case the employee has claimed that his Twitter account was hacked and that he is an innocent victim of the post.

4. Be Clear and Impartial with Employees

There may be a great deal of speculation around the workplace, so whilst it’s wise to also be open with your employees, ensure that your messaging is clear and impartial. Remind colleagues that individual cases should not be discussed.

If an employee is held in police custody, then you may need to wait.

6. If there appears to be a case to answer, follow your usual disciplinary procedure: 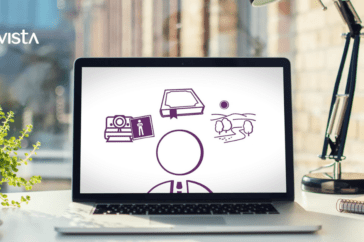 A 3-Step Technique for Planning an Investigation

You have been asked to do an investigation: you need to set off with a solid understanding of what is in, and out of scope by ‘deciding your remit’. In this video from our sister-organisation, 10to3 Digital – we look at a tried and tested three-part technique that will give your managers structure when investigating…