The Grievance Procedure: 3 Ways to Close Down Grievances
Sep 18, 2019

3 Tips for Closing Down Grievances that Won’t Go Away

During the grievance procedure we sometimes come across employees who are particularly determined. They continually raise the same issue, even after you thought you had dealt with it informally.

Understandably problematic for HR teams and organisations, its useful to have a few tactics up your sleeve to close down these types of cases. We’ve advised a lot of our clients on this, and so have refined a few tactics that are proven to work. Here’s our top three:

1. Keep clear records, even at the informal stages of the grievance procedure

This first tip is appropriate in all but the most serious of cases. At the informal stage, it’s tempting to keep everything very light touch, but we would always advise keeping clear records.

Having written records of the informal stages of a grievance avoids the situation where: we deal with something informally, we think its sorted, and a month later the employee raises it again. The employee then denies any knowledge of what came before, or they suggest something different. Sound familiar?

If we have a clear written record of what was discussed in the informal stage of the grievance procedure, it then becomes highly unlikely that we would have to go back round that informal loop again.

Deciding to go formal can feel like a big step. If you or your managers would like some guidance on how and when to decide to take the formal route, these digital learning courses will help. Which brings us nicely on to tip number two…

2. Where a grievance is raised again following the informal stage – go formal

If you have already dealt with something informally under your grievance procedure, and you have kept those written records as we mentioned above, and it hasn’t been resolved – it’s time to take the step to formal grievance management.

Employers should do this even if the employee is not expressly saying they want to take things formal. By raising the issue again, they are telling you that the informal process clearly didn’t work. If we get to this stage, it’s a good opportunity for employers to take ownership of the issue and use our formal grievance procedure which is in place to deal with these matters.

3. When you are at the grievance hearing – listen!!

This may seem an obvious point, but we felt it important enough to make the third and final tip of this blog.

Listen to what the employee is actually saying when you are at the grievance hearing. We raise this as an important reminder because, by this point in time, the person who is dealing with the grievance is likely to feel like they have heard it all before.

The reality is, that we might not, or things might have changed. Its also really important for the employee to feel listened too. So please take the time to fully understand the concerns.

At the end of the hearing, summarise the concerns in writing, and get the employees agreement to what they key issues are. This way, we know that when we give our outcome, we will be covering off all of the issues that have been raised, and therefore responding thoroughly to the grievance.

These can often be tricky cases and are important to get right from the moment an issue is brought to your attention. We’ve got a whole series of resources which cover handling the grievance itself, common issues that we come across and finally, what the outcome letter should contain and how it should be structured – they live over on our resource hub here.

How to Write a Better Grievance Outcome Letter 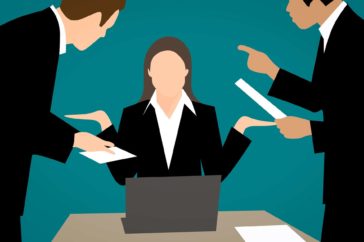 The Do’s and Don’ts of The Grievance Process

As employment law advisers, we are frequently asked about grievances and issues surrounding the grievance process, which put us to thinking: what is it about a grievance that fills us with dread, and why? We all know what we should do in an ideal world… Establish the nature of the grievance and the issues promptly…