Discrimination and the Shifting Burden of Proof: Why Employers Need to ‘Show Their Workings’

Section 13(1) of the Equality Act 2010 defines discrimination as occurring where “because of a protected characteristic, A treats B less favourably than A treats or would treat others”.

In discrimination claims the burden of proof shifts from first the Claimant and then to the Respondent employer.

The Starting Point: The employee must prove a prima facie case

The first step of the test whether discrimination has occurred is for the Claimant to prove facts from which the tribunal could conclude, in the absence of an adequate explanation, that the Respondent has committed an act of discrimination against the Claimant.

If the Claimant is unable to do so, the claim fails.

An example of this is the case of Royal Mail Group v Efobi.

In this case the Claimant was a Nigerian who applied for over 30 jobs with Royal Mail but did not get any of them. He brought a claim for race discrimination.

The Employment Tribunal (ET) dismissed his claim stating that:

So, the simple fact of 30 failed applications was not enough.

The Claimant appealed all the way to the Supreme Court, arguing that there was no initial burden of proof on the Claimant given the actual wording of the Equality Act simply said “where there are facts” not “where the Claimant proves facts”.

However, the Supreme Court dismissed this. In this case the Claimant had failed to prove as fact that his treatment, as someone with a protected characteristic, was less favourable than others without that same characteristic. As such his claim had failed.

The Shifting Burden of Proof

Once the Claimant has proved facts which, in the absence of an adequate explanation, the Tribunal could conclude that the Respondent had committed an act of discrimination, the burden of proof shifts to the employer to provide such an explanation.

If it fails to do so the Claimant’s case will succeed.

An example of this was in the case of Olasehinde v Panther Securities Plc.

The Tribunal said that, given this absence, it was bound to infer the Respondent’s treatment of the Claimant was racially motivated.

So what does this all mean?

On the one hand, it’s good news for employers – simple assertions or allegations will not be enough to succeed in a discrimination claim.

However, the shifting burden of proof means (and the latter case shows) that employers can’t just rest their hopes on a Claimant failing to pass the first hurdle. In reality this may be a relatively low bar to meet – all a Claimant needs do is show facts from which the tribunal could draw an inference that discrimination has occurred.

How can Employers Demonstrate the Absence of Discrimination?

By ensuring managers are able to demonstrate good quality decision-making.

Remember in Olasehinde v Panther the Tribunal said it was bound to conclude discrimination had occurred in the absence of an explanation or evidence from the employer regarding its actions.

To defend a discrimination claim, managers will not only have to demonstrate sound (and non-discriminatory!) reasoning and consideration of the issues, they will also have to ‘show their workings’ and documentary evidence that they went through this process – the burden of proof is on them to do so.

For more guidance on navigating the world of the Employment Tribunal, become a member on our resource hub, where there’s lots more like this. 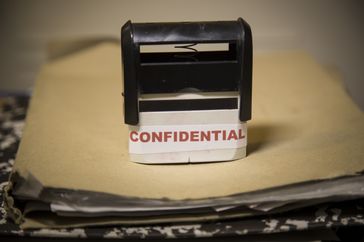 What to do when an ET1 form hits your desk

An ET1 form is not something to be taken lightly and acting quickly can benefit an employer in the long run and improve the prospects of their case. As soon as an ET1 form arrives, take these actions to hit the ground running: 1. Tell your employment law advisor about the ET1 – quickly! Employers…