How to Write a Better Grievance Outcome Letter - Vista
Go back
Sep 11, 2019

How to Write a Better Grievance Outcome Letter

The first rule of the grievance outcome letter: provide reasons for any findings, backed up by evidence.

It is a common fear that putting too much in a grievance response could give the complainant an opportunity to pull the details apart. The actual danger is that if we don’t give reasons for our response at all, then it gives the complainant a window to come up with their own reasons, which could be far from the truth.

In an ideal world if a complaint is raised, and the complainant is satisfied that a thorough investigation has taken place followed up by a letter documenting the evidence and justifying the findings, even if the outcome did not go their way, they may appreciate that you have done all you reasonably can and the matter goes no further. Even if the matter progresses to an Employment Tribunal, we can be confident that we have stood by our policies and practices and delivered a meaningful and robust outcome.

Beware of the template letter

It is also important to recognise the risk of using template response letters when dealing with a grievance. Sometimes a tempting time saver, template grievance outcome letters often lend themselves to generic answers, guilty of not addressing the heart of the issues that have been raised.

Templates leave room for mistakes to be made that would only serve to aggravate an already disgruntled complainant. This can also be the case if our practice allows HR to draft outcome letters for meetings that have been conducted by managers.

If HR do this, take the time to educate managers of doing the grievance outcome letters properly and stress that it is still their responsibility to check the content and sign off the letters.

This is so important because if a matter did go to the Tribunal, they individually would be giving evidence, so it is important that they agree with the letter and understand the process behind it being put together. Take a look at these animated learning tools for managers that might help when dealing with a grievance.

We may feel we haven’t got enough time in the day to do this, but it’s essential to make time. If we don’t, the problem could be far worse moving forward – something that could have been nipped in the bud could escalate and if we did find ourselves in the unfortunate position of Tribunal, time constraints would not be a valid excuse for not executing a fully justified response to the complainant.

Our employment law team have put together a list of do’s and don’ts when it comes to the grievance process.

As part of this, we’ve also compiled a draft grievance outcome letter which may look suitable on the surface, but we’ve highlighted some suggested improvements to ensure that we always respond to a grievance thoroughly.

Access more guidance documents directly from our employment law team and a wealth of useful, straight to the point resources today. It’s all free and no strings attached.
Become a Member 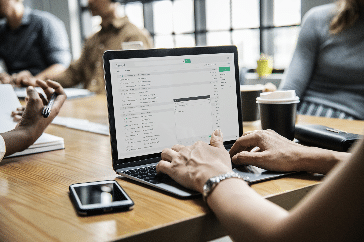 How to Conduct a First-Rate Grievance Investigation

So, we know the importance of establishing the nature of the grievance and ensuring all of the issues are addressed. One way in which we can be confident we have responded to a grievance thoroughly and ensure the employee is satisfied it has been addressed, is by conducting a thorough grievance investigation. So, what does…