Choosing the Right Witnesses for a Tribunal Hearing
Go back
Oct 19, 2018

Choosing the Right Witnesses for a Tribunal Hearing

Choosing the right witnesses for a tribunal hearing is essential. The selection can have a huge influence on the outcome; cases really are won or lost on the witness evidence.

We got together with our employment law team to talk through this key step in the Tribunal process and understand how HR professionals can make sure they get it right.

Take your mind back to beginning of the process

Employment Tribunal’s do not appreciate the parties turning up with a cast of thousands, so you need to be selective. However, we would advocate starting with a list of everybody that has had any involvement in the case and then narrowing it down. This way you will not inadvertently overlook anybody that could assist the case.

Think about the process running up to the ET1 forms arrival; who was involved, who attended key meetings, who was subject to allegations and who worked closely with the individual – all of these people should be on the list.

When it comes to narrowing the list down, think about the legal test that applies to the claim, as this is what the Judge will be thinking about on the day. Make sure all of the witnesses on your final list have something to say that is relevant to the test.

For example, in an unfair dismissal claim following a misconduct dismissal, a key question is whether the employer held a reasonable belief. It can be tempting to ask the person that saw the employee doing whatever they are accused of, but that’s not the legal test. The legal test looks at what disciplinary manager knew about the issue, when they made their decisions. The disciplinary manager is therefore the only person that can give first-hand evidence on this.

The Tribunal will want to know what they took account of and their rational at the time. This is persuasive evidence and is likely to stand up to scrutiny – as long as they took the decision for the right reasons. Whereas, a Tribunal will give very little weight to ‘second hand evidence’ of what the decision maker may have been thinking.

Consider how your witnesses may come across to the tribunal Remember that although your witnesses will be giving your side of the story – they will also be cross examined by the claimant. In fact, most of what they actually say will be during cross-examination as witness statement are generally taken as read, meaning that they are read in advance rather than by the witness on the day.

You want to be confident that your witness will come across well and cope with difficult questioning. Think about your first impression of this person. The ideal witness will be credible and sincere. Also, how do they behave in confrontational situations. You want a witness that will keep their cool no matter what is put to them. These characteristics will help ensure their evidence is looked on favourably which can be particularly important if the case comes down to one word against another – as is often the case.

It can be tempting to choose your most senior colleagues for this role, but their position doesn’t necessarily mean that they are the right person for the job. Focus instead on the points above.

In some cases, the options for witnesses are limited but at least by taking these points into account, you can determine the suitability of the colleagues in question and work out how much work you will need to do to get them ready for giving evidence.

Letting your witnesses know you want them to give evidence

Once you have decided on your witnesses, you need to let them know. It’s important to recognise that being a witness in an employment tribunal is stressful. Approach your selected witnesses in a reassuring manner, explaining the process and why they have been chosen. If your chosen employee is hesitant, do everything you can to encourage them to participate. You can highlight the benefits to the Company’s case and let them know they will be supported every step of the way.

If your witness refuses, unfortunately your options are limited; a reluctant witness is a bad witness, so it’s not a good idea to make someone do it! The tribunal do have the ability to issue witness orders to compel somebody to attend the tribunal, but they rarely do so as witnesses that have been made to attend are not particularly co-operative. A better course of action is to go back to your original list and see who else was involved in the same aspects of the process and can give evidence instead.

Making sure your witnesses are ready

Always ensure that the witnesses are involved with all the case preparation, so they have a clear understanding of the case and what to expect. This video may be helpful in doing that.

Finally, a great way to help witnesses prepare is to encourage them to attend a tribunal prior to their hearing. The tribunals are all open to the public and sitting in on another case will go a long way in helping witnesses understand what will happen on the day. There are also a number of mock employment tribunal events which aim to provide an interactive learning experience for managers and other employees.

All the thrills and spills of an employment tribunal, in a learning environment.
GET YOUR TICKETS 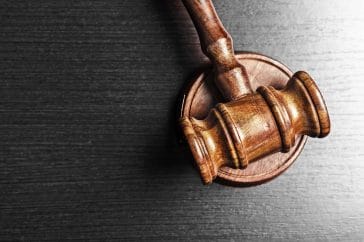 Have you ever been to an employment tribunal? Does the thought of defending a case before a Judge fill you with dread? Vista is running a FREE of charge mock employment tribunal on 6th May 2020. Here’s a taster of the fun you can expect… Who should attend? Designed for HR professionals and line managers…