Diversity Training: Responding to the Reasons Why it Doesn't Work
Go back
Oct 6, 2021

Diversity Training: Responding to the Voices that say it Doesn’t Work

Today we’re exploring the common objections to diversity training, and the ways in which you can design and deliver your training so that those features do not appear.

“Try Not Thinking of an Elephant”

In an article in the journal Anthropology Now in 2018 called Why Doesn’t Diversity Training Work? the author’s reported studies have found that asking people to suppress stereotypes tends to reinforce them, by making them ‘more cognitively accessible’.  The authors go on to say, “Diversity training typically encourages people to recognise and fight the stereotypes they hold, and this may simply be counterproductive”.

Do not design the training to change your delegates’ attitudes. Instead:

“The Default Assumption Shapes the Response”

An article in Forbes magazine in 2020 called ‘This is why diversity programming isn’t working’ identified that many training programmes ask delegates to assume that the cause of conflict is bias.

The author reports that “alternative explanations are often given short shrift because the default charge of racism can’t be disproven” and attributes this to a reason why training does not have the desired result of changing behaviour.

The author gives an example of a case study: “If a white person at a meeting interrupts a Latino coworker, did the white person do so because the person is Latino?”.  The author says: “Possibly, but the interruption might be due to rudeness that’s independent of race.”

The author’s point has to be right:  As employment lawyers, we’re used to explaining how to draw inferences from the facts and avoid assumptions.  None of us like assumptions being made about us, particularly about our motivations.  Do you know anyone who would respond positively to the allegation ‘you’re lazy’? It’s exactly the same reaction as an assumption that someone is racist/sexist (or anything else -ist for that matter!).

So, use case studies in your diversity training for sure, but give your delegates the time in the workshop to explore possible motivation (conscious and unconscious) and give the incident enough context in the case study so that they can do that. Using a structure helps: We often ask people to identify where the protagonist in our case study’s behaviour is on a spectrum of unintentional to deliberate, with careless and reckless as mid-points.  Facilitate this discussion recognising that it’s not where the delegates place the incident on the spectrum that’s important; it’s what they take into account when making the decision that actually counts as the meaningful learning point.

“When Employees Feel like They’re Being Controlled, they Tend to React Negatively”

This is a quote from an article by the BBC in 2021, which refers to the mandatory nature of training as one of the causes of it being ineffective.  Furthermore, it quotes the Harvard University sociology professor and diversity researcher, Frank Dobbin, who says: “young, white men may feel that just the announcement of a training programme is a threat to their careers”.

Make the training relatable. Do this by using case studies that give the delegates food for thought and relatable techniques. Anecdotal feedback from the first few sessions will drive your appetite and attendance on the programme.

Is it just about ‘covering tracks’?

In an article by the BBC earlier this year, the author suggested this as a potential answer to the question why these sessions stay ‘an immutable part of employee training’. With respect to the author, this assumes that the features that cause the training to be effective are bound to be present.  In our view, they do not need to be.

Ensuring employees understand what is expected of them is important though. But to do that, the training needs to be relatable.  Stop people in the street and ask them whether they discriminate or are a harasser; most will say ‘no’. Your delegates need to see how behaviour can amount to ‘harassment’ or excluding behaviour, even though that can be far from their intention.

To address the issue of unconscious bias, design into your training to include understanding what unconscious biases do and what they’re there for – then explain how they can sometimes lead to poor quality decisions.

The training does also need some internal follow up and reinforcement to have the best chance of changing behaviours.  This can be via a cascade from managers to teams (if only managers are trained) or as team or departmental discussions about what it means for them.  Aim for something that transfers the ownership of the topic to the teams themselves.

If you are seeking a particular organisation change from the training, such as the change in the diversity of new recruits: design and implement changes to the processes (in this case, recruitment), and use the training to embed why it’s being done. This will achieve the all-important buy-in to the change.

And finally, devote sufficient time to the workshops to ensure that your delegates have enough time to trust the trainer to air their reservations and have them listened to and answered.  Many organisations are in pursuit of shorter and shorter sessions in response to operational challenges:  A balance between effectiveness and efficiency is what’s needed if behaviour- change is the desired result.

A practical and ‘no-nonsense’ workshop for your managers. Using a case study that demonstrates the impact of harassment and discrimination at work on the individuals concerned (‘victim’ and ‘perpetrator’) and the organisation.
Learn More 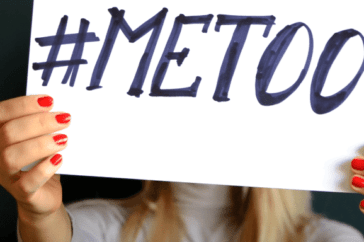 Do you have a problem with harassment at work?

The understanding that ‘harassment at work can happen unintentionally’ is nothing new to HR or learning and development, and it could be tempting to think ‘that sort of thing’ won’t be happening in MY office, but won’t it? As employers and HR teams design their training programmes for the months ahead, we think sexual harassment…